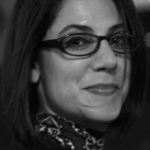 Kim Eisenberg, SDCAP President, term ends 2020: Kim went to Burning Man for the first time in 2011, when she remembered she could be whoever she wanted to be when she grew up. Since then, she’s developed a compulsive problem saying “yes” to volunteering, which is how she got suckered into being a theme camp lead, regional volunteer, consent culture educator, and now, board member. Kim is mainly in it for the people and community building, tapping into her background in organizational development and nonprofit management to turn fun into work. 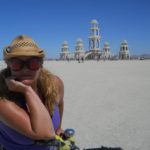 Cassy Haynes, SDCAP Secretary, term ends 2020: Cassy’s first Burning Man event was the Burn, in 2007. Like thousands before and after her, she was blown away as soon as she arrived on playa.  She’s been volunteering with the Burning Man community since 2007 with her first volunteer gig working at Center Camp hustling coffee to Burners from around the world.  She’s passionate about her community and supporting others in their quest to make their art!  She’s a fiery member of the XSL crew (GO HAZE!) and loves working behind the scenes and serving her community. 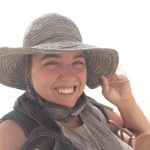 Karallyn Kruse, SDCAP Treasurer, term ends 2021:  Karallyn’s life has always revolved around architecture and construction, so when she first visited Black Rock City, she knew she had found her home. A “non-place” for experimental art, Burning Man became a canvas for Karallyn to create space. While her art piece is developing, she had to find a different way to engage the community. Until this past year, Karallyn was a rogue Burner and practiced Radical Self Reliance like there was no other way. Now with the openness and belonging that is inherent to the Burning Man culture, Karallyn was inspired to engage in a different way, the Board of Directors for SDCAP. 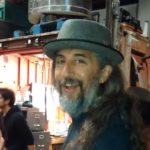 Ken Simmons, Director, term ends 2020: Before I went to the burn in 2014 I was much more focused on function over form.  Beauty, splendor and charm were very secondary to me. I did appreciate some art; Dali, Degas, Banksy and of course being an engineer, Escher.  The burn opened my eyes and soul to the magnificence surrounding me and the value beauty adds to my life.  Since then art has greatly enhanced my life. In the past when asked if I’m artistic I always replied, “I’m more autistic than artistic”.  After recently helping work on S.U.G.A.R. and The Journey art projects, I was again asked I’m artistic.  This time I just stumbled for an answer and mumbled “kinda”.  Burning Man, Colab and YOUtopia have greatly helped me deepen my appreciation of art in my life.  And, I continue to develop my inner artist. 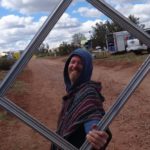 Dan Reeves, Director, term ends 2022: Dan graduated from San Diego State University with a BFA in Sculpture in 2005, where he focused on utilizing wood, glass, metal and clay. He is currently co-owner of Mid Century, a furniture store in San Diego, where he works to restore and refurbish furniture on a daily basis. He spends his free time making ever larger structures, typically out of wood, with his last large installation being the The Journey, a 2017 Burning Man project. A frequent burner, he’s committed to creating art large and small on the playa and beyond and looks forward to helping others do the same. 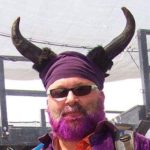 Bob Syfrett, Director, term ends 2022: Nine time burner and former Lamplighter Workspace Manager. Met my wife at Burning Man my first year. Graduated from Cal State San Marcos in 2005 with a degree in Social Science. Went into the insurance industry for a decade but was able to escape before my soul got eaten. Now the Admin for a couple of wayward non-profits. Assisted in putting on events in Balboa Park, including three Maker Faires. I live in a collaborative, hippy house and have an irrational affinity for weird, little dogs. My art is ephemeral, intentionally so. When your medium is food, the best thing that can happen is there is none left at the end. 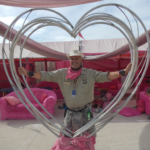 Ken Klausen, Director; term ends 2022: Ken has been involved in some form of safety in our community for a decade. From fire safety to Black Rock Ranger (Ranger Mystic), he has served on the playa, at regionals and other festivals. He believes that ‘Radical Self-Expression’ can be conducted in a safe environment through education, observation and participation. Safety is everyone’s responsibility. Ken brings an extensive academic and professional background to aid the SDCAP in the governance and guidance for the future of our community